To the left of the screen, a bright green ball is shaken. The boy's eyes track slowly towards the object, and he turns his head and smiles. MAZEL :So a strategy for a child with latency problems is to leave the materials in a location for a long enough time for them to visually attend to it and then turn to visually examine it.

So that would be a strategy that we would mention for classroom teachers. Children with cortical visual impairment tend to see things they're familiar with, things that have been in their environment for a long time. So if I meet a family with a baby with cortical visual impairment, I'll typically ask to see the crib. I go in, I want to see is that green bear sitting in the corner of that crib, has that always been there?

And what I might find is that kelly green bear is a color that that child can process because it's just been in their environment for a long time and they're able to see that.

MAZEL: So in instruction, we want to, if we're going to be teaching a new skill, we're going to be wanting to use very familiar materials with that child because then they'll have a better chance of learning the skill that you're trying to teach. So that would be another strategy for that characteristic. How far away can a child process the information? And typically, children with cortical visual impairment will see things that at near, not because there's anything wrong with their eyes, but because if I hold something near, I have less of this to look at.

The further away something is, the more I have to look at. So we really tried to think about what distance can a child process the information. That characteristic is extremely important for cortical visual impairment. And complexity has really three areas.

Cortical Visual Impairment and the Evaluation of Functional Vision

We have visual complexity, which is the amount of things that you have to look at, the background of busyness that there is in the world that a child needs to process one item from another. So a strategy to try and get a child to look at an item, if background busyness is a problem, is to use solid color backgrounds, contrasting colors to a background, one object at a time rather than many things to look at, to really reduce the visual complexity of the environment.

The card is trimmed with shiny red foil and presented on a dark black background. MAZEL: Auditory complexity is another area within the complexity characteristic, and that's what level of sound can a child process at the same time they're looking.

And typically what we'll get is as soon as the noise level gets up, the looking stops. The child cannot look any more. And parents will often report they cannot take their children to any malls or any busy places. The children just really can't handle the noise and the visual processing. And then the third area within complexity is positional complexity.


And that's really making sure that the child's body is very stable, feet down on the floor, solid seating, so that they're not trying to position themselves in space while they're trying to look. And so we look at how solid or how positionally complex can we get that child to still maintain the visual contact with items. A graphic of the words "visual reflexes" is shown.

If I touched you in the middle of your eyes, between your eyes, you're going to blink immediately. If I quickly come up with my hand in front of your face, you're going to blink immediately. Children with cortical visual impairment will have either absent reflexes or it can be delayed. So that's not really an area that we provide instruction around because it's a reflex, but it's definitely an area that will give us a little bit of a clue as to how fast processing is happening. Typically, children with cortical visual impairment see better in their periphery.

And again, I think that developed evolutionally And that seems to be very intact in children. So positioning of materials slightly off center to allow a child to visually locate it and then turn on their own to look at it is an important piece. NARRATOR: In a series of two photographs, a young boy is sitting, with his neck supported, while a purple ball inside a bright yellow frame is introduced into his field of vision. In the second photo, the ball is moved to the boy's right visual field and his eyes track to the ball.

MAZEL: We might also see children having either left field or right field or upper field or lower field problems, and this is where I like to get the neurology reports, because if I see in a neurology report that maybe there's damage on the left side of the brain, I might be looking for less visual abilities on the right side, so that can give us a lot of information.

And again, instructionally, we're really wanting to put materials where the child is going to see them best. MAZEL: You see children with cortical visual impairment will often have their heads tipped up and they're looking at the lights above or they're looking towards windows. And that's not really very functional, to just be able to look at light.

So, educationally, we want to make sure that that light is placed behind the children so that they're paying attention to some of the more important visual targets that we're asking them to look at. MAZEL: So it can be something that we want to avoid, but at the same time, we might instructionally use light to draw a child's visual attentions.

And then the visual motor responses. That is the ability to see something and then have visually directed reach — you're reaching and you're looking at the same time. Or you're playing with an item while you're looking at it. And typically, children with cortical visual impairment cannot look and use their motor skills at the same time. So you might get this kind of behavior where they'll see something and then when they reach for it, they have to turn away. They cannot do both things at once. A bright red hand splint covers much of the hand.

The brightly-colored splint might draw visual attention by highlighting with red. MAZEL: This is an area for us to assess because, of course, maintaining your vision on what you're playing with or what you're interacting with is how you're going to learn about that particular item.

MAZEL: I've never seen a child of any ability not make improvements, and I think that's a very different way to look at our business. We know that brains are plastic. They're plastic all the way through life, we're all happy to know, but particularly in the early stages of life, and between the ages of one and five, it's extremely plastic. So we want this time to be used very, very carefully, to put these strategies in place so that we can make those improvements. And I think if there's anything anybody should walk away from, hearing about cortical vision impairment, it's that we are expecting improvement.

We are expecting to see that visual behavior improve, and typically, when we see improvements in one area, like color or movement, we'll see those improvements in all areas. Shop Textbooks. Add to Wishlist. USD Ship This Item — Item is available through our marketplace sellers and in stores. Temporarily Out of Stock Online Please check back later for updated availability.

Overview Cortical Visual Impairment: An Approach to Assessment and Intervention provides educators, therapists, physicians, and parents of children with CVI with an understanding of the condition and a complete framework for assessment and intervention. Product Details Table of Contents. 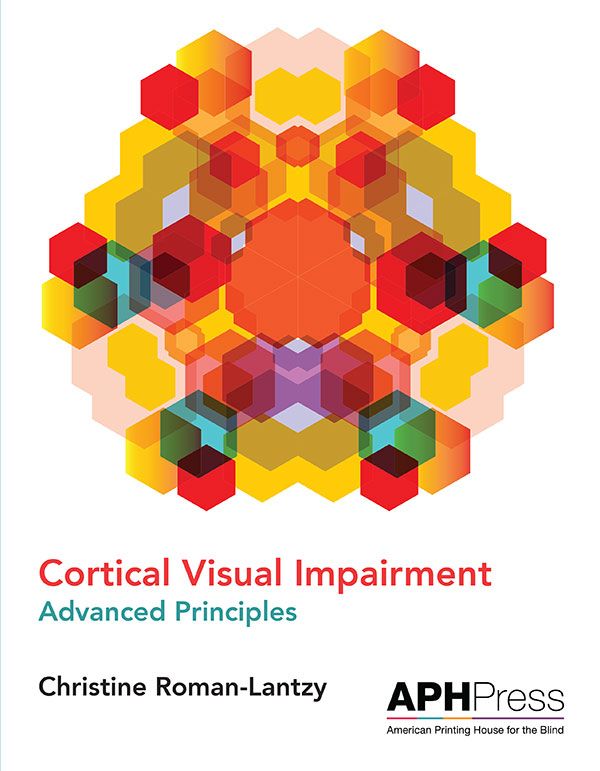 Related Cortical Visual Impairment: An Approach to Assessment and Intervention